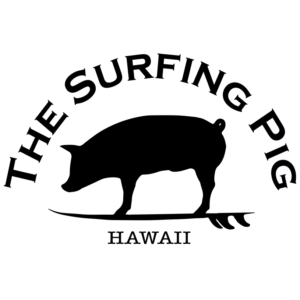 The Surfing Pig Executive Chef Luis Vargas-Diaz born and raised in Hatillo in the northwest of Puerto Rico, pursued a passion for cooking that took him through culinary school and lead him to work at several restaurants in Orlando, Florida including the Four Seasons and Chef Paul Bocuse’s restaurant Monsierur Paul.

In summer of 2016, Chef Luis made way into Hawaii where he continued to work with familiar local restaurant names such as The Street in international marketplace and several popular restaurants in the local area. From there through his hunger and passion he is now the Executive Chef of The Surfing Pig Hawaii and Culinary Director of Kono’s Northshore.

“Food has the opportunity to take us to other places, to create memories and bring back old memories.” Says Chef Luis. It is apparent that Chef Luis puts great emotion into his cooking though he says it is simply “good ingredients” that make up the best dishes.

As Chef Luis continues his journey with The Surfing Pig as the Executive Chef he hopes to connect with people through his food, be a mentor to staff, and really help them be the best they can because that is what make’s a great chef.